Posted by: nfm in News November 17, 2020 Comments Off on C/R: Two bodies found at Mankessim 56 Views

Two corpses have been found at two separate areas at Mankessim in the Mfantseman Municipality of the Central Region.

The deceased were all male.

One who appears to be in his 30s was found in a bush naked at Timber lane 5, a suburb of Mankessim suspected to have killed elsewhere and dumped in the area as residents say he’s unknown in the area.

The body was found after the residents traced the bad odour that was emanating from that spot. The police were called in who came and conveyed the almost decomposing body.

The second corpse was found in a pool of blood at ‘Bridge’ on the Mankessim to Esaakyire road on Sunday morning suspected to have killed by a car. 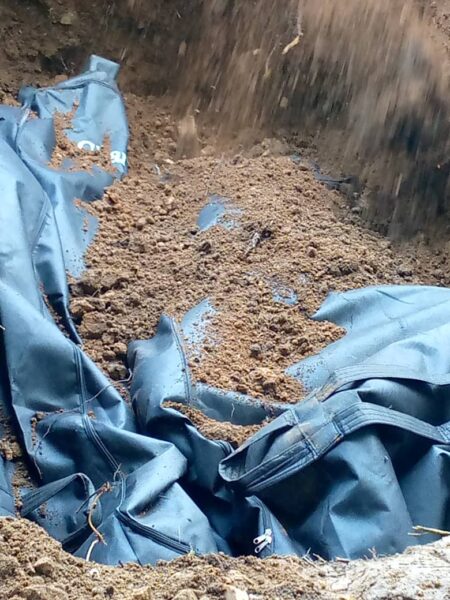 Due to the decomposing nature of the bodies, they were buried together in one grave at the Mankessim cemetery with the help of the Police and the Municipal Chief Executive for the Mfantseman Municipality Hon. Kenneth Kelly Essuman.

The Progressive People’s Party(PPP) wants the government to honour Founders’ Day by striving to give ...