NPP MPs storm Parliament at 4am; occupy seats on the Majority side

The ruling New Patriotic Party(NPP) Members of Parliament reportedly stormed Parliament as early as 4am Friday morning to occupy seats on the Majority side of the House as the 8th Parliament begins sitting today.

The MPs are in the House six hours before proceedings start. 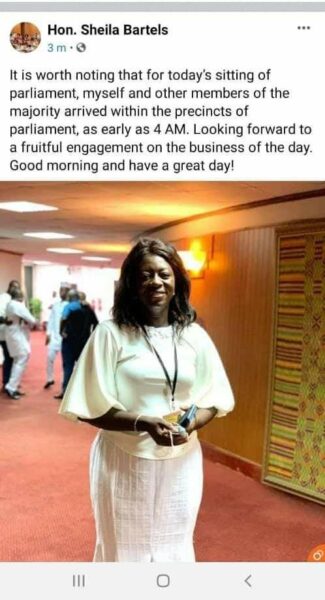 The dawn attendance to Parliament has left some of the MPs sleeping in the chamber as they did not have enough rest in their beds.

The NPP MPs who are in white attire on Friday morning arrived at a time when their opponents were nowhere to be found in Parliament. 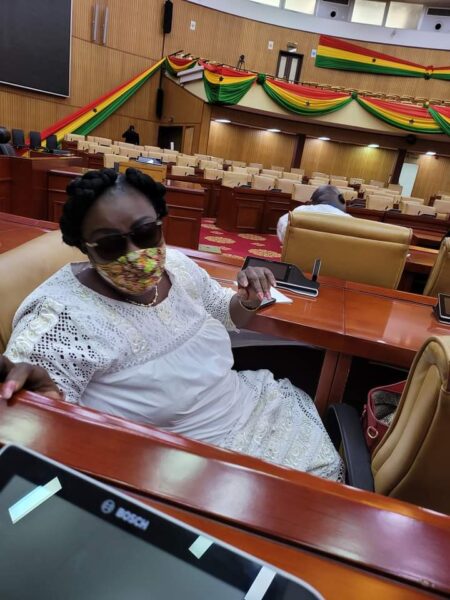 The Chief Whip of the NPP caucus in Parliament, Frank Annor Dompreh had earlier served notice that the NPP MPs will take their rightful place in Parliament on the first day the 8th Parliament sits.

His comment came after the National Democratic Congress’ (NDC) Members of Parliament on the night of Wednesday 6th January 2021 ahead of the reconstitution of Parliament occupied the majority side of the House.

They took the seats in a switch fashion, insisting that they won the majority of parliamentary seats at the polls.

The Electoral Commission declared 137 seats each for the NDC and New Patriotic Party (NPP) but the NPP enjoys the support of the only Independent MP making them the Majority side in Parliament.

Meanwhile, the leader of the NDC) Caucus, Haruna Iddrisu says his side does not mind to maintain the previous seating arrangement in Parliament in this current one.

“Let me assure the Ghanaian people that the NDC 137 MPs have no difficulty sitting to the left of the Speaker,” he said.

Speaking at a press conference, Thursday, in Parliament, the Tamale South MP said the decision taken by the NDC Caucus would only stand “so long as our numerical strength is respected” and the caucus plays a role “in the composition of committees and in the determination of leadership of committees.”

The NDC Caucus insists that despite Fomena MP, Andrews Asiamah Amoako’s decision to side with the NPP Caucus in Parliament, the 8th Parliament still stands without a Majority.