‘You are governing Ghana well’ – Emir of Qatar to Akufo-Addo

Posted by: News in News November 14, 2018 Comments Off on ‘You are governing Ghana well’ – Emir of Qatar to Akufo-Addo 65 Views

The Emir of Qatar, Sheikh Tamim bin Hamad Al Thani, has praised the President of the Republic, Nana Addo Dankwa Akufo-Addo, for his leadership over the last twenty-two  months, stating that “you are governing Ghana well.”

According to Sheikh Tamim bin Hamad Al Thani, the fundamentals of the Ghanaian economy, coupled with the prevailing social indicators, points to a “good example” worthy of emulation by others on the continent.

The Emir of Qatar made this known on Tuesday, 13th November, 2018, when President Akufo-Addo paid a day’s reciprocal official visit to Qatar, at the invitation of the Emir. 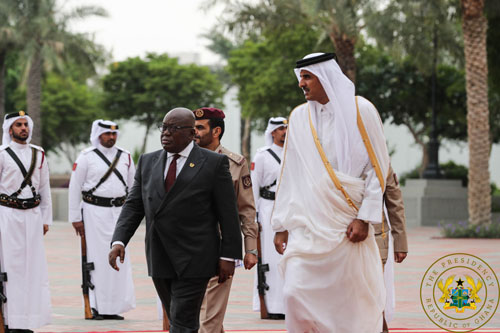 Sheikh Tamim bin Hamad Al Thani, in his remarks, applauded the conducive investment and business climate being established in Ghana, and was hopeful of forging a strong relationship with Ghana, adding that “there are lots of opportunities that we can do together.”

Already, he indicated that the State of Qatar was readying the Qatar Investment Authority, the state-owned holding company that specializes in domestic and foreign investment, to explore opportunities in the areas of energy, tourism, agriculture, security, education, and infrastructural development in Ghana. 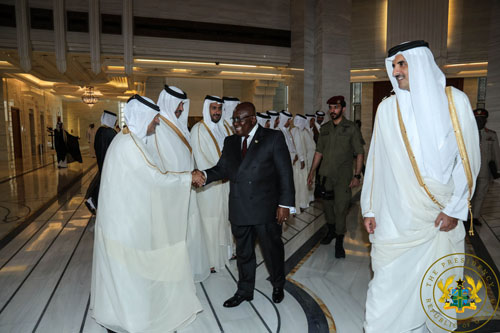 With the state of insecurity in the Sahel, in West Africa, being of major concern to the world, the Emir stated that military assistance from Qatar, to help fight the scourge of terrorism in countries like Burkina Faso and Mali, was in the offing, and assured Ghana of Qatar’s support in helping to equip Ghana’s security apparatus to deal with the menace.

As alluded to by the Emir of Qatar, President Akufo-Addo noted that the preoccupation of his government, since assuming office in January 2017, has been to build a strong economy which will give investors, domestic and foreign, the confidence to invest in Ghana, and, thereby, deliver improved standards of living for the Ghanaian people.

His Government, as a result, he said, is embarking on an aggressive public-private partnership programme to attract investment in the development of the country’s infrastructure. 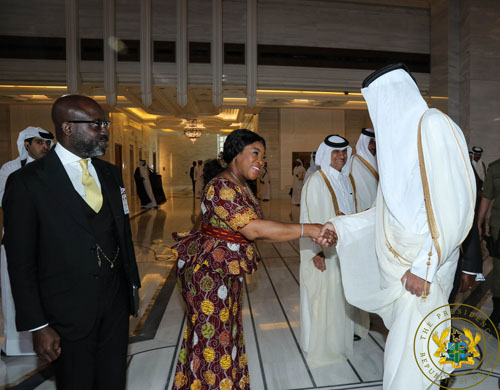 President Akufo-Addo was hopeful that with solid participation from the Qatari Government and its private sector, Ghana can develop a modern railway network with strong production centre linkages that will connect the country to Burkina Faso, Cote d’Ivoire, and to Togo.

The President also reiterated the presence of several other projects in the areas of roads, water, housing, transport, industry, manufacturing, agriculture, petroleum and gas, and the exploitation of Ghana’s mineral wealth which are being structured to attract private sector financing.

He was, thus, hopeful that the respective visits to Ghana and Qatar by himself and Sheikh Tamim bin Hamad Al Thani will mark the beginning of a fruitful and productive relationship between the two countries, which will inure to the benefit of their peoples. 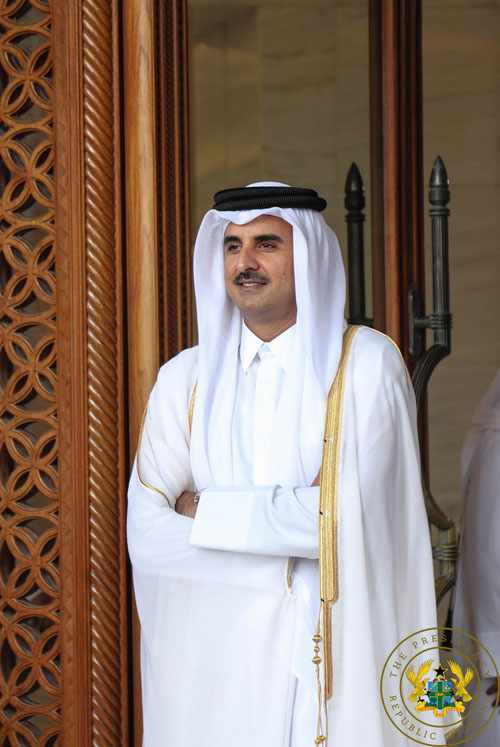 Previous: Ghana’s Ambassador to the US secures over $60m of scholarship for Ghanaian Students
Next: Mahama wasn’t ripe for Presidency – Bagbin

Ejura: Islamic prayers held for late Kaaka and two others

The Chief Justice, Kwasi Anin Yeboah has called on lawyers called to the Bar to ...