Posted by: nfm in News, World December 9, 2021 Comments Off on Ghana and Norway launch report on cost of Piracy in Gulf of Guinea 9 Views

Ghana and Norway have stressed their commitment to ensuring a collective response to maritime security during their tenures on the UN Security Council.

Ghana’s Minister for National Security, Albert Kan-Dapaah, and the Foreign Affairs Minister of Norway, Ms. Anniken Huitfieldt launched the “Stable Seas Report on the Cost of Piracy off the Gulf of Guinea.”

In January 2022, Ghana will take a seat on the United Nations Security Council for two years, and will use her tenure to galvanize multilateral attention and action, including resolutions and Presidential statements, to help address the situation.

The launch was co-sponsored by Ghana, Norway, Nigeria, and the United Nations Office on Drug and Crime (UNODC).

“Piracy and robbery at sea are indeed a great threat to global security, and Ghana, as well as other countries in the Gulf of Guinea region, are no exception,” Mr. Kan-Dapaah said. 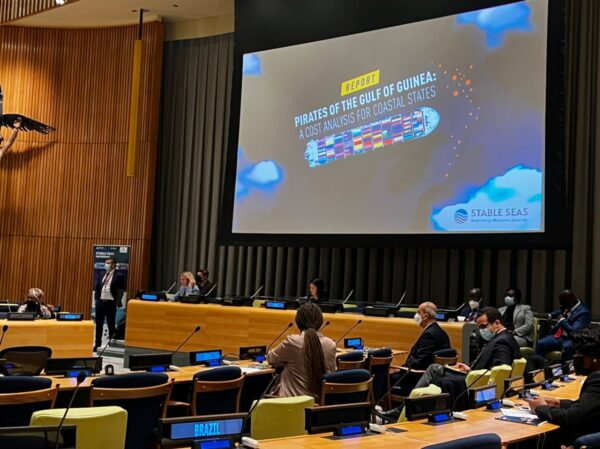 The areas covered in the report include the direct and indirect costs suffered by states in the Gulf of Guinea region due to pirate attacks which hurt regional economies including Ghana’s. 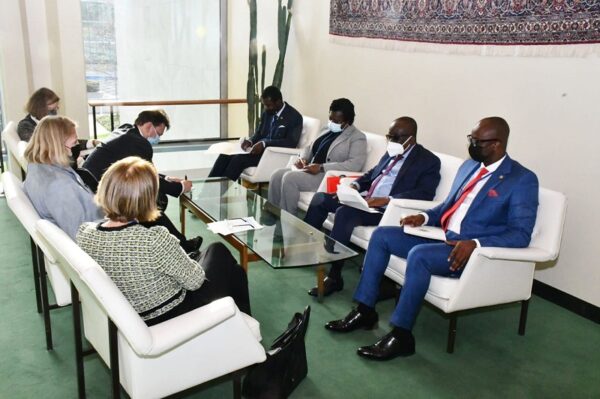 On the margins of the launch, Kan-Dapaah also held a bilateral meeting with Ms. Huitfeldt, to exchange ideas on additional areas of cooperation during Ghana’s term on the Security Council. Norway which has nearly completed the first of its two-year tenure, will serve its second year together with Ghana in 2022.

Mr. Kan-Dapaah also highlighted other priorities that Ghana would seek cooperation and action on. These include insurgencies and violent extremism, the roles of women, the youth and climate change, peace and security in Africa, as well as effective mandates for peace support operations.

The Norwegian Minister of Foreign Affairs, Ms. Anniken Huitfeldt in her address pledged her country’s commitment to work closely with affected countries to address maritime insecurity and combat crime in the Gulf of Guinea.

The government has initiated process to build some facilities for persons who have been displaced in Thursday’s ...