Posted by: News in News, Sports November 8, 2018 Comments Off on Official : Hearts to unveil Kim Grant as Coach Today 61 Views

Accra Hearts of Oak will unveil former Ghanaian international, Kim Grant, as the new Technical Director of the club Today(Thursday) at the club’s Secretariat.

The 46-year-old former technical director of Ebusua Dwarfs and Elmina Sharks is expected to be handed a dual role in the club as he takes over from stop-gap coach, Seth Hoffmann, as the new head coach of the club. 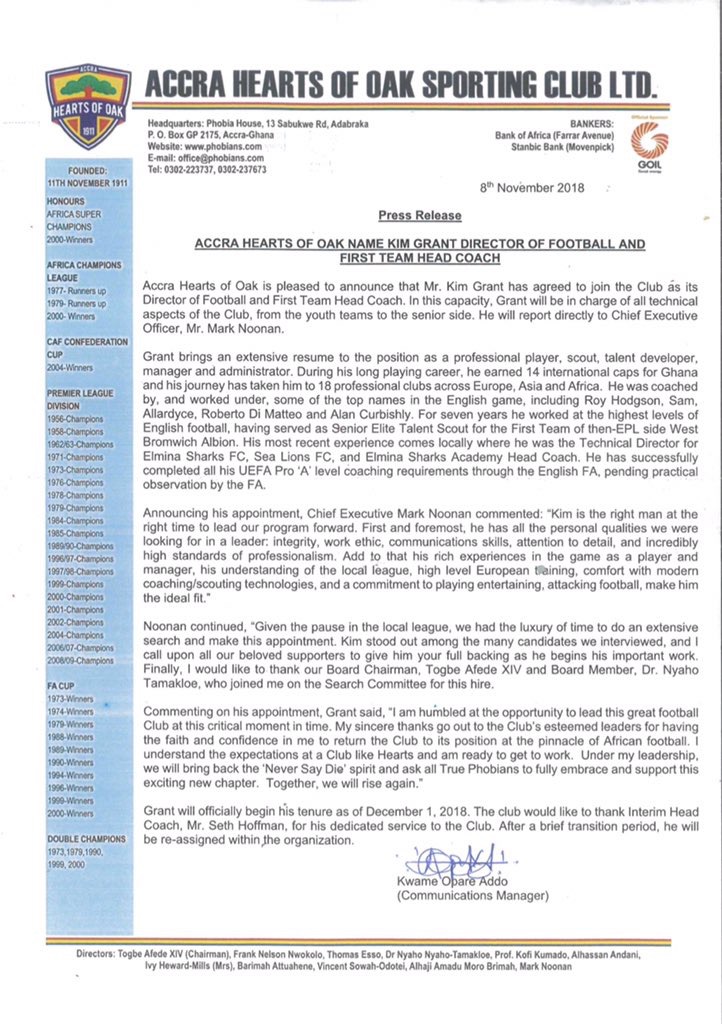 Grant is expected to add his depth of experience to the Hearts bench, having started his career with Charlton Athletic before playing for other clubs such as Luton Town, Millwall, Yeovil Town, AFC Wimbledon and others.

His managerial experience has also taken him to clubs such as Working, before returning to coach FC Takoradi. He also worked as the technical director of Cape Coast Ebusua Dwarfs where he helped to save them from relegation in 2014.

In April last year, Grant was appointed as the head coach of Bangladeshi club, Saif Sport Club Limited, before returning home to take up a role as the technical director of Elmina Sharks in December that same year.

Tagged with: Hearts of Oak