Vice President Dr. Mahamudu Bawumia has urged the people of Atobiase not to forget the frustrating hardship former President Mahama plunged the country into during his reign as President a few years ago. 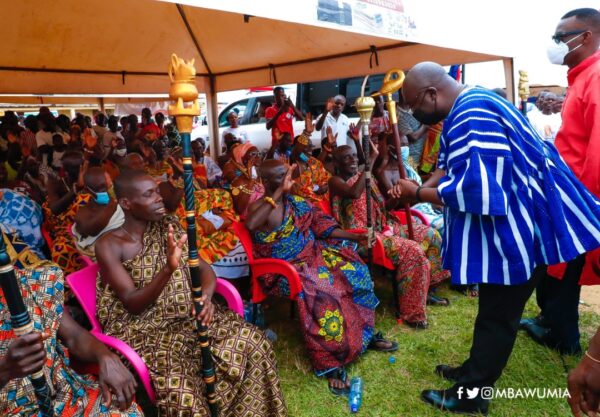 “The 2020 election is about protecting the future of our country,” Vice President Bawumia told the Chiefs and people of Atobiase.

“Under former President Mahama, we saw the mismanagement of our economy, which plunged the country into many problems including dumsor, collapse of the NHIS, massive unemployment, failure to pay basic allowances for teachers and nurses, etc, collapsing agriculture, among others.”

“Ghanaians intervened and voted massively for Nana Akufo-Addo and in nearly four years, there has been tremendous turnaround and the evidence is there for all to see.” 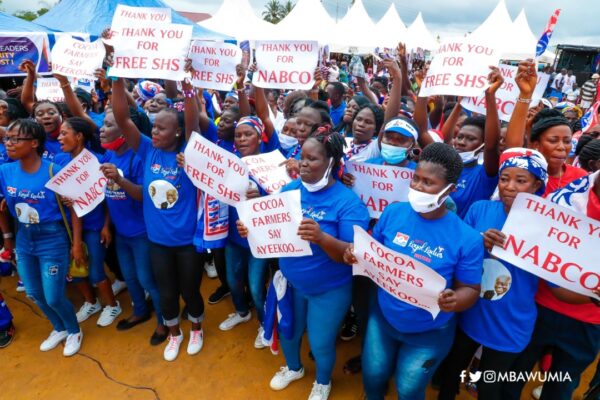 “This country is making progress and we cannot go back to hardships under Mahama.”

“We are delivering Free SHS, which Mahama said was a hoax, and we cannot go back to somebody who is capable of cancelling it just as he cancelled teachers and nurses trainee allowance.”

“Mahama sent this country into dumsor for almost 5 years because they didn’t have the money to pay and Akufo-Addo has solved it. We cannot go back to dumsor.”

From national level, Dr. Bawumia narrowed down to local issues and lamented how the NDC neglected Atobiase and its surrounding villages for eight years.

He said, on the contrary, the Akufo-Addo government has demonstrated its commitment to inclusive development in less than four years by extending development to communities in and around Atobiase, and all parts of the country.

“As Atobiase Hene said, there is evidence of what Nana Akufo-Addo’s government has done for the people of Atobiase in just three and half years.”

“The question is, what did the NDC do in this area in eight years? The MP for this area was a Deputy Minister of Roads but the roads here are in bad shape. He and his government didn’t do anything about it.”

Dr. Bawumia urged the people to reject former President Mahama and the NDC because they have nothing good to offer the area and Ghanaians, and throw their weight behind Nana Akufo-Addo so that he can continue the good works he has started for them and the country.

Dr. Bawumia is in the Western Region for a two-day tour of the region.