E/R: Truck involved in accident at Akyem Asafo, one dead

Posted by: News in News December 19, 2018 Comments Off on E/R: Truck involved in accident at Akyem Asafo, one dead 79 Views

A Trailer Truck transporting Quinine Tonic, a product of beverage manufacturing firm, Accra Brewery Limited has been involved in a fatal accident at Akyem Asafo stretch of the Accra to Kumasi Highways.

One person onboard the Truck believed to be Driver’s mate has been confirmed dead in the accident which occurred Wednesday Morning around 7:30am but the critically injured driver has been rushed to the Hospital. 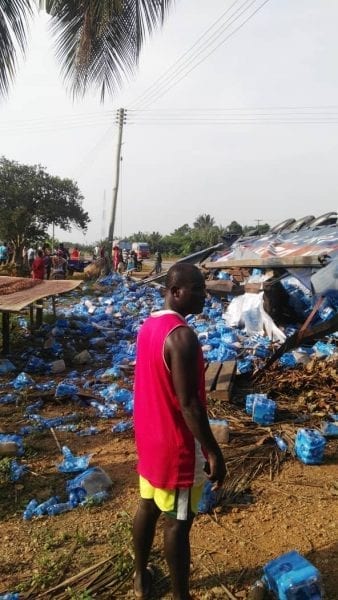 According to a witness, Benjamin Ankrah, the Truck with registration number GT 6007-14 from Accra to Kumasi lost balance and control of the steering wheel after a careless drive by another vehicle.

At the time of filing this report, Police personnel from Bunso had arrived at the scene to convey the body to the morgue.

The Minority in Parliament has demanded an enquiry into the tragic news of an explosion ...