Posted by: nfm in Entertainment October 12, 2020 Comments Off on Every man should aspire to marry a decent woman like Jackie Appiah – Osebo 61 Views

Award-winning Ghanaian actress Jackie Appiah has become one of the celebrities most young ladies look up to. She has been idolized by most men and women for decent and drama-free lifestyle.

One of those who have admired her style of dressing is Ghanaian fashion designer and fashion expert Richard Brown popularly known as Osebo.

Speaking as a guest on United Showbiz Show hosted by Nana Ama Mcbrown, Osebo eulogized Jackie Appiah saying that she is a dream wife.

According to him, Jackie Appiah is one of the decent female celebrities in Ghana that he won’t think twice of marrying her.

”Jackie Appiah is the kind of woman I want to marry. She is decent, beautiful and very kind as well. I’ve always admired her soft-spoken nature and since then I’ve been dreaming of walking her down the aisle. Every Man in Ghana must aspire to marry a woman like her because she is one of a kind”. He added.

Speaking about his relationship with Nana Aba Anamoah, Osebo said that he admired her for taking care of their son alone when he was absent from their lives.

He added that he didn’t want Nana Aba to be tagged with any bad thing he does because she is a good woman.

Spread the news
2020-10-12
nfm
Previous: Spend wisely, broaden tax base to close huge fiscal gap – World Bank to Ghana, others
Next: Obrafour is ungrateful, sue me because I’m ready to face you in court – Ayisha Modi hits back 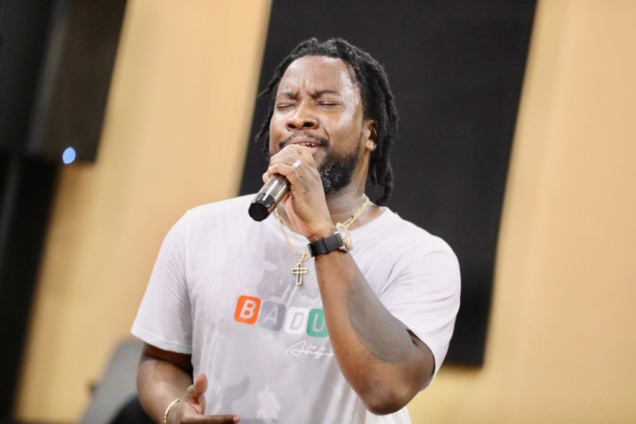