Portions of the roof of the Kumasi City Mall has caved in.

The incident reportedly occurred Tuesday dawn. No casualties were record.

Management of the facility has confirmed the accident but added that the situation is under control with cleaning of debris expected to be done by 11:00 am. 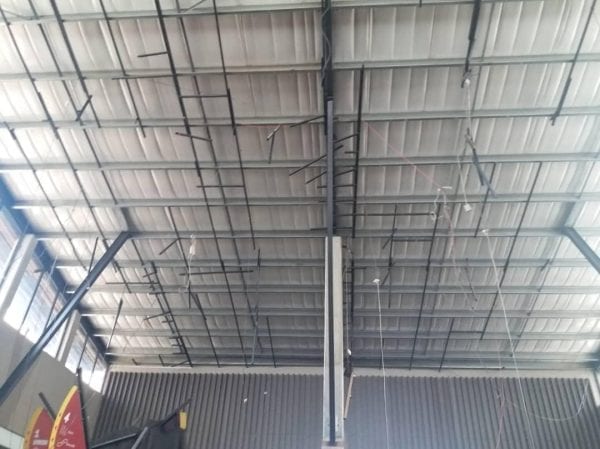 The Kumasi City Mall is a shopping mall first of its kind in the city. The facility cost $95 million and took 24 months to complete. The mall which is owned by Delico Property Limited is one of the biggest malls in West Africa.

The grand opening was done by the Asantehene, Otumfuo Nana Osei Tutu II in 2017.

In October 2018, the Accra Mall also had similar experience after the ceiling caved in throwing shoppers and workers into a state of fear and panic.

Victims who were trapped in the accident were rescued and rushed to a nearby clinic for treatment.