NDC elections: I’m not dolling out cash; I’ve no account at UMB – Mahama

Posted by: News in News, Politics November 17, 2018 Comments Off on NDC elections: I’m not dolling out cash; I’ve no account at UMB – Mahama 76 Views

Former President John Mahama has refuted reports that he’s giving out cash to some of his favourite candidates in today’s National Executives elections to bribe delegates.

A member of the NDC, Dela Coffie published on his Facebook page copies of a UMB cheque issued in the name of John Dramani Mahama to Joshua Akamba an amount of GHC250,000 and Samuel Gyamfi an amount of GHC150,000 respectively. ` 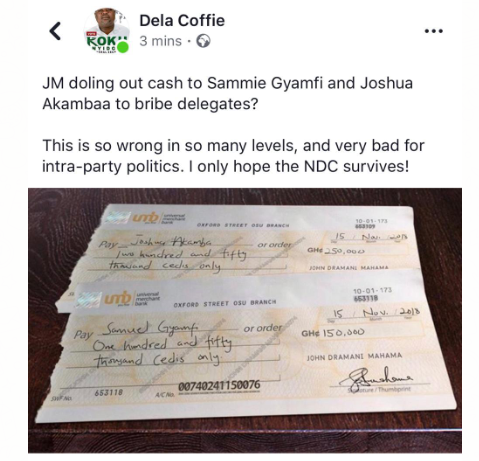 However, the ex President who’s eyeing a comeback to lead the largest opposition party as its Flagbearer for the 2020 elections refuted the allegations levelled against him, insisting that he’s does not own an account with UMB. 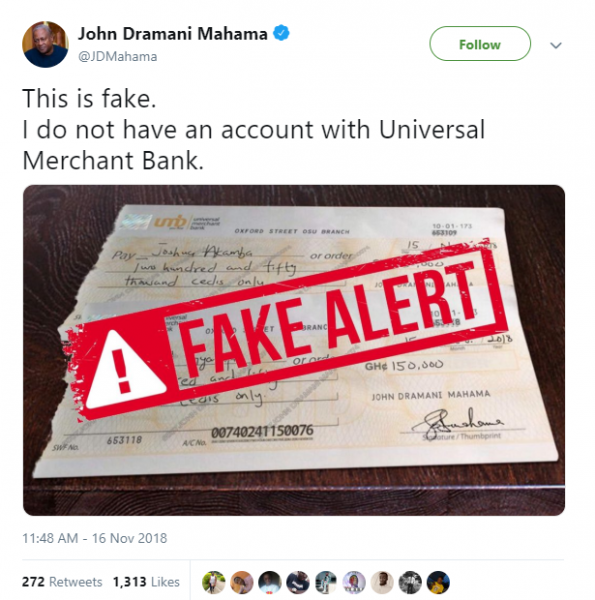 Spread the news
2018-11-17
News
Previous: Elect executives “we can trust” – Mahama to NDC delegates
Next: Let’s listen to ourselves – Rawlings tells NDC