The member of Parliament for the Sunyani East Constituency Kwasi Ameyaw-Cheremeh has donated an amount of GHC500 towards an occasional ceremony often held by the Tertiary Students Confederacy of the NPP( TESCON) at the Sunyani Nursing and Midwifery Training College ( SNMTC) in a handing over ceremony to usher in new executives when the old ones have served their term in office.

The MP who’s also the Major Chief Whip, has keen interest in the development of members of TESCON and has been making meaningful donations including assorted drinks among others whenever the event is held.

Hon. Ameyaw Cheremeh who was on a national assignment was represented by his special aide, the constituency youth organizer by name, Ibn Ahmed.

It is worth noting that the huge hall in which the program took place was actually built by the MP to accommodate about 800 students. 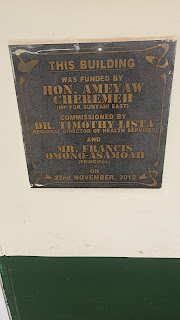 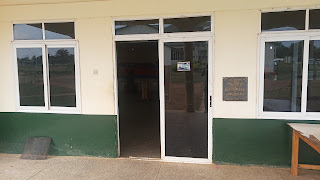 The facility has a beautiful and hygienic kitchen for food preparation.

Hon. Ameyaw Cheremeh is currently constructing a mechanised water facility for the school.